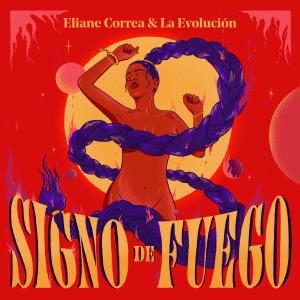 Eliane stays true to her Cuban roots in this release by pulling together an incredible all-star line-up of Latin American musicians with the band La Evolución, helping to record and produce this exciting Timba album A style close to Salsa, the genre was particularly prevalent during the 90s and is still one of the most popular styles in Cuba, taking its influence from Jazz, Afro-Cuban Rhythms, and Funk.

The Signo De Fuego was named one of the best new albums in the June 2022 issue of the renowned Songlines magazine. It was also given a five-star review and Jane Cornwell from Songlines wrote, “Arrangements are sophisticated yet accessible, compelling and complex. Flourishes are deft, sometimes surprising, never overdone…a grand vision nailed.” Read the full review on the Songlines website.

Stream the album now across all major streaming platforms.

You can listen to and sync any of the tracks from the album now on the West One Music catlogue here.

Eliane Correa is a young Latina pianist, MD and composer based between London and Havana. Trained classically at the Luxembourg Conservatoire, she went on to study piano and composition at the renowned Instituto Superior de Arte in Havana, Cuba, in 2005, then relocating to London in 2007 to study a BA & MA Ethnomusicology at SOAS (part of University College, London).

Eliane’s unique sound equally reflects her Latin heritage and London musical melting pot experience. In both her compositions and playing there is a lot of attention paid to the African roots of the music that she identifies with, but her classical musical upbringing remains weaved into her, to create an intricate, sophisticated and unique sound. 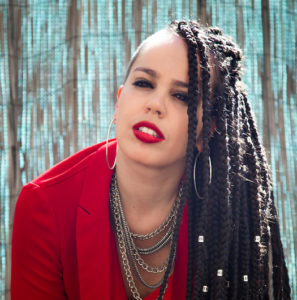 Having toured with The World of Hans Zimmer among so many others, Eliane has vast experience as a session musician and has played all over the world at the likes of the legendary Glastonbury festival in England and Roundhouse venue in Camden, London. She inow the organiser of the London Latin Jazz Festival.