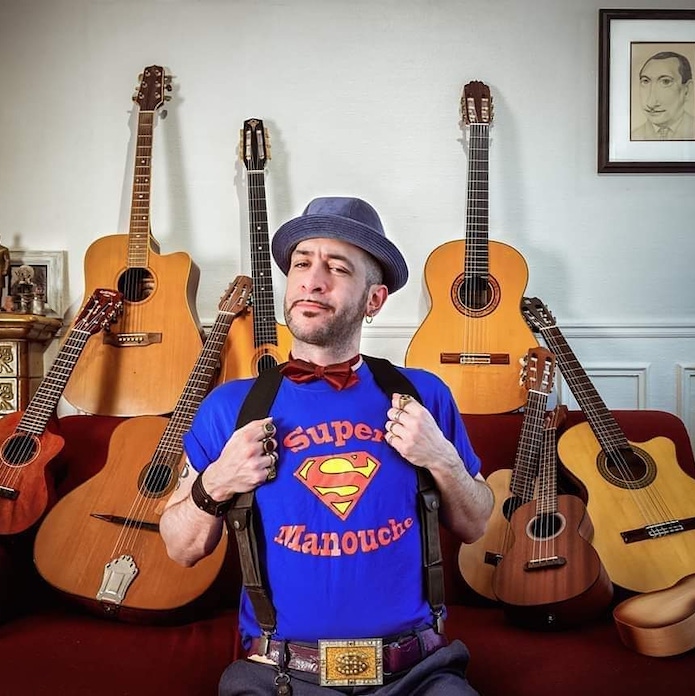 Toma Feterman is a successful multi-instrumentalist, singer and songwriter from Paris. He is the band leader of multiple groups including La Caravane Passe, with who he has released multiple albums, and Soviet Suprem, as well as a prolific DJ and MC.

Growing up Toma was surrounded by music from his Polish and Romanian roots, he learned to play many traditional instruments which would inform the way he writes and performs music for the rest of his life. This upbringing led to him starting his own punk rock group, as well as studying at the Sorbonne in Paris.

After a string of success with his artist-led projects, Toma began collaborating with the likes of Jacques Standard and composed and produced music for Armel Hostiou’s film scores and Éric Antoine’s shows, as well as music for advertisements.