Marika Takeuchi is a Los Angeles-based Japanese composer and pianist.

Out today (8/07/22) on all major streaming platforms is Marika’s ‘LOST LETTERS‘, an evocative, warm, and beautiful solo piano album. The album was recorded at East-West studios in Los Angeles, check out some of the pictures from the session below.

Across ‘LOST LETTERS’ you’ll find elegant and calming piano performances and thoughtful piano compositions that ebb and flow with emotion and intrigue. 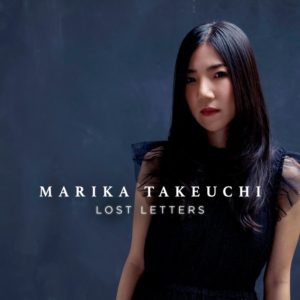 Marika has released recordings of her modern classical music as well as writing music for films, commercials, music libraries, and video games. She began studying composition and building a career as a composer at the age of 18, and her early career includes composing for NHK radio and Universal Music Japan. She moved to the U.S in 2009 and studied film scoring at Berklee College of Music and released her debut album ‘Night Dream’ and the single ‘The ‘Arctic Light’ in 2011.

Her second album ‘Impressions’ was nominated for Best Neo-Classical Album at the 10th annual ZMR Awards, and her 2016 album ‘Colors in the Diary’ was produced by Grammy-winning producer Will Ackerman. She scored the award-winning short drama ‘More Than One’ in 2016. Marika was commissioned to write a piano solo piece ‘Bloom’ for Sony Masterworks pianist Lara Downes’s album ‘Holes in the Sky’, which was released in March 2019.

She scored Canon’s USA commercial and an award-winning Italian short film ‘The Vanishing Hitchhikers’ in the same year. Most recently she scored a Play Station game which is scheduled to be released in the summer of 2022. Her most recent works include composing a piece ‘Brighter Days’ for Headphone Commute’s benefit compilation album For Ukraine.

All tracks on the album are also available to sync in your content quickly and easily, get in touch with the sales team to find out more.